Damen is the main contractor for this complex project which it is undertaking together with German partner Blohm+Voss, part of the Lürssen Group.

“This decision is a further, important step towards the modernisation of our fleet and for the future viability of the German navy,” explained the Inspector of the German Navy, Vice Admiral Andreas Krause.

“Of course we are very proud that our consortium has been selected for this prestigious assignment. I am convinced that, with the MKS-180 project, we are building a high-quality frigate that meets all the requirements of the German Navy. It is a German-Dutch project,” adds Hein van Ameijden, managing director of Damen Naval. “We are already working well with our partners in Germany.”

Approximately 80 percent of the project investment remains in Germany as added value.

The vessels will be built at Blohm+Voss in Hamburg, but also partly at other navy shipbuilding location in Germany, including Bremen, Kiel and Wolgast. “Together with our employees, we as the Lürssen Group will contribute our skills and know-how to provide the German Navy with this powerful and highly innovative new type of ship,” says Tim Wagner, Managing Director of the Lürssen shipyard.

Besides this, approximately 100 small and medium-sized companies from the maritime industry, mechanical engineering and plant construction sectors will be involved in the implementation. These companies originate from almost every German state.

The implementation of the project involves the delivery of four frigates between 2027 and 2031 for a cost of approximately 4.6 billion euros; Damen’s largest order ever. There is also an option to supply two more MKS-180 frigates after 2032.

With Lürssen and Damen the partnership is based on two stable family businesses that have been successfully active as navy shipbuilding companies and in commercial shipbuilding for more than 140 years. 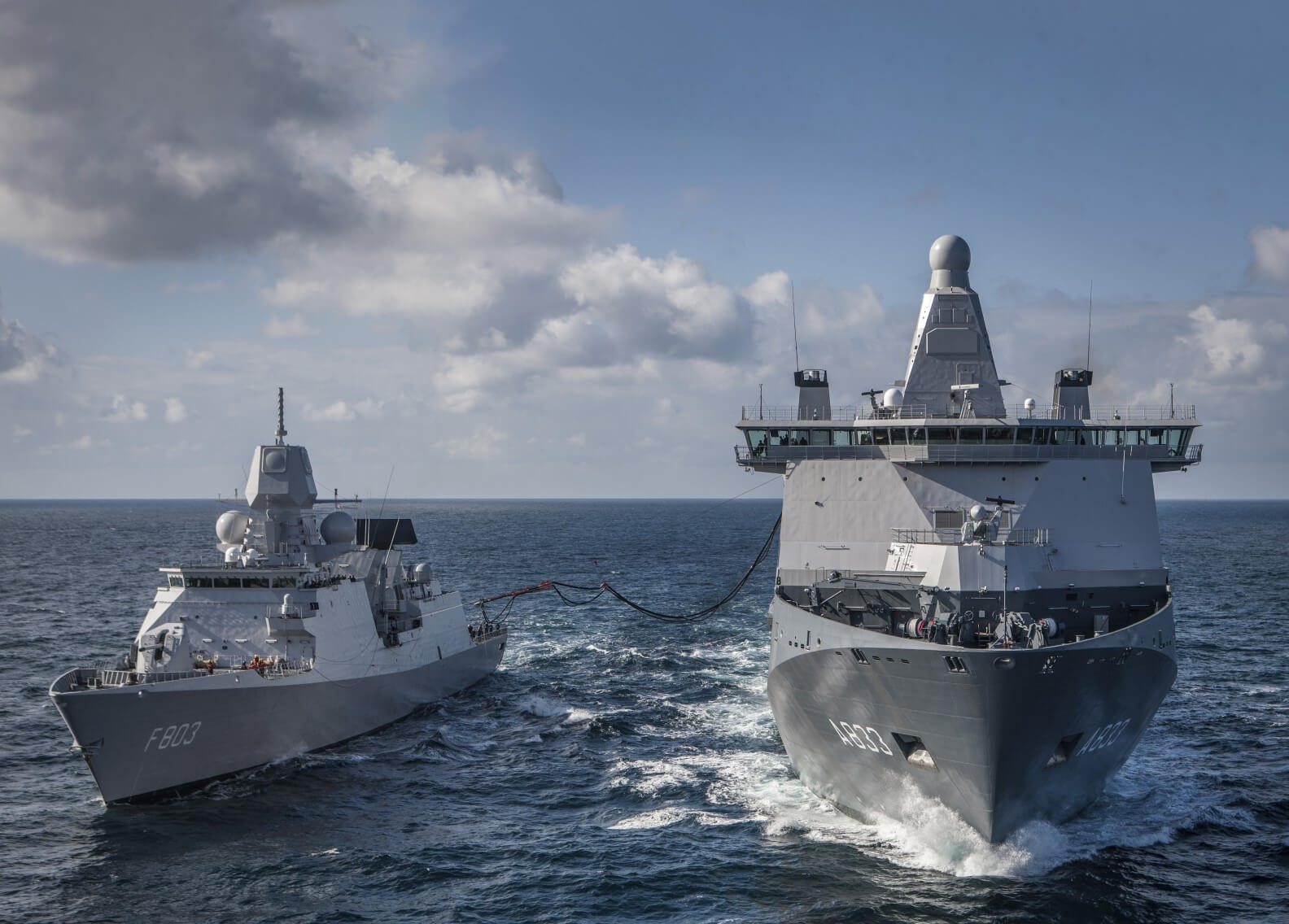 MKS-180 promises benefits for Europe and the Netherlands

“The many years of cooperation between Damen and Thales as part of the Dutch golden ecosystem was an important factor in securing this order,” says Hein van Ameijden.

“If the Netherlands continues to invest in innovative projects for its own navy, we can maintain our strong and autonomous knowledge position in naval shipbuilding; we then can further expand our role within European naval construction.

That's good for the Netherlands' strategic role, which fits in with the national Defence Industry Strategy. The MKS-180 project not only contributes to securing the export power and self-creation of both Dutch and German naval shipbuilding in the longer term. The project also opens perspectives for the requested European (defence equipment) cooperation.”

The added value and knowledge development that the building of these vessels will bring to Germany also extends to the Thales mission systems that form an integral part of the project of Damen and Thales. Approximately 70 percent will be supplied by Thales' German branches in Kiel and Wilhelmshaven. This will be done in close cooperation with numerous subcontractors.

“As a partner in the MKS-180 programme, we not only bring a high German share of added value, but also many years of experience in European cooperation and our extensive system expertise in Germany,” emphasises Dr Christoph Hoppe, Chairman of the Management Board of Thales Germany.

“We will therefore be creating new, high-quality jobs here in the country, strengthening a model case for European armaments cooperation and doing our part to keep the German Navy operational and capable of contributing to the alliance.”

MKS-180: Taking care of threats in the coming decades

Gerben Edelijn, CEO of Thales Netherlands: "This historic contract for both the German Navy and Thales is a significant milestone in more than 50 years of cooperation and confirms our worldwide leading position in the field of high-end naval mission systems. The women and men on board of these innovative frigates can rely on the latest technologies in the field of cyber defence, radar and fire control.”

“The AWWS system, developed for the Netherlands and Belgian Navies, will soon also enable the German Navy to withstand threats of today and the coming decades."