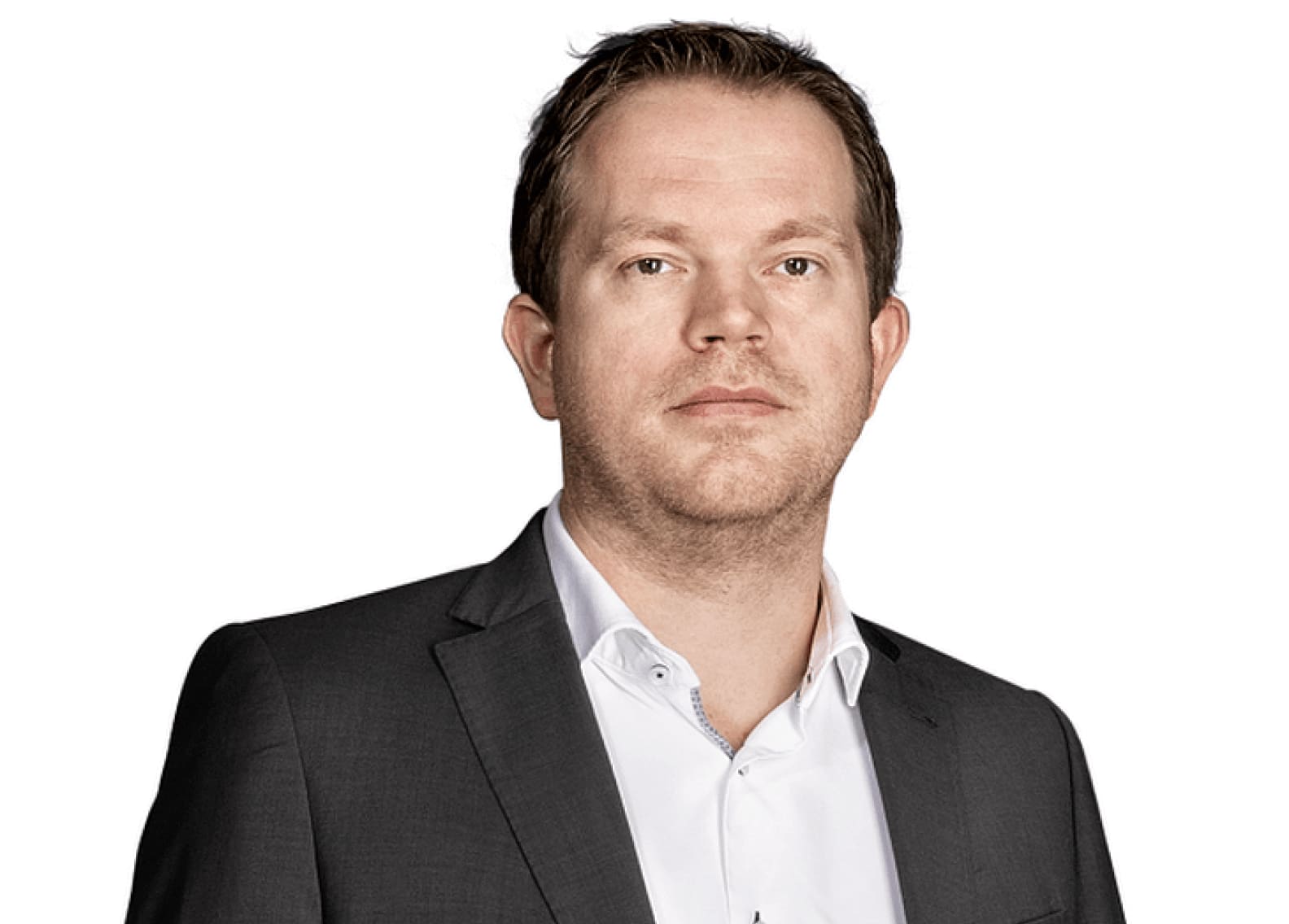 My Favourite vessel is a one-off project; the Windermere Lake Cruises vessel, MV Swift. Rightly, we talk a lot about standardisation at Damen – it’s our trademark and the reason for our success. Sometimes though I think people hear ‘standard’ and get the idea we do the same thing over and over. Nothing could be further from the truth – and this project show that clearly.

Here, we use standardised processes, standardised systems – proven technologies – to create something totally unique. It has to be this way; the client is based on an inland lake with no access from the water. Damen Technical Cooperation (DTC) is the only way to do this. With DTC we can build anywhere in the world – even, as in this case, the client’s car park on the lakeside.

I’m also proud of the sustainable element of this project. The client’s operation is in the Lake District National Park, a World Heritage Site. Their business is one of the most popular tourist attractions in the UK. As such they are playing an important part in maintaining the local economy and stimulating local employment – in turn, ensuring the preservation of this outstandingly beautiful area. 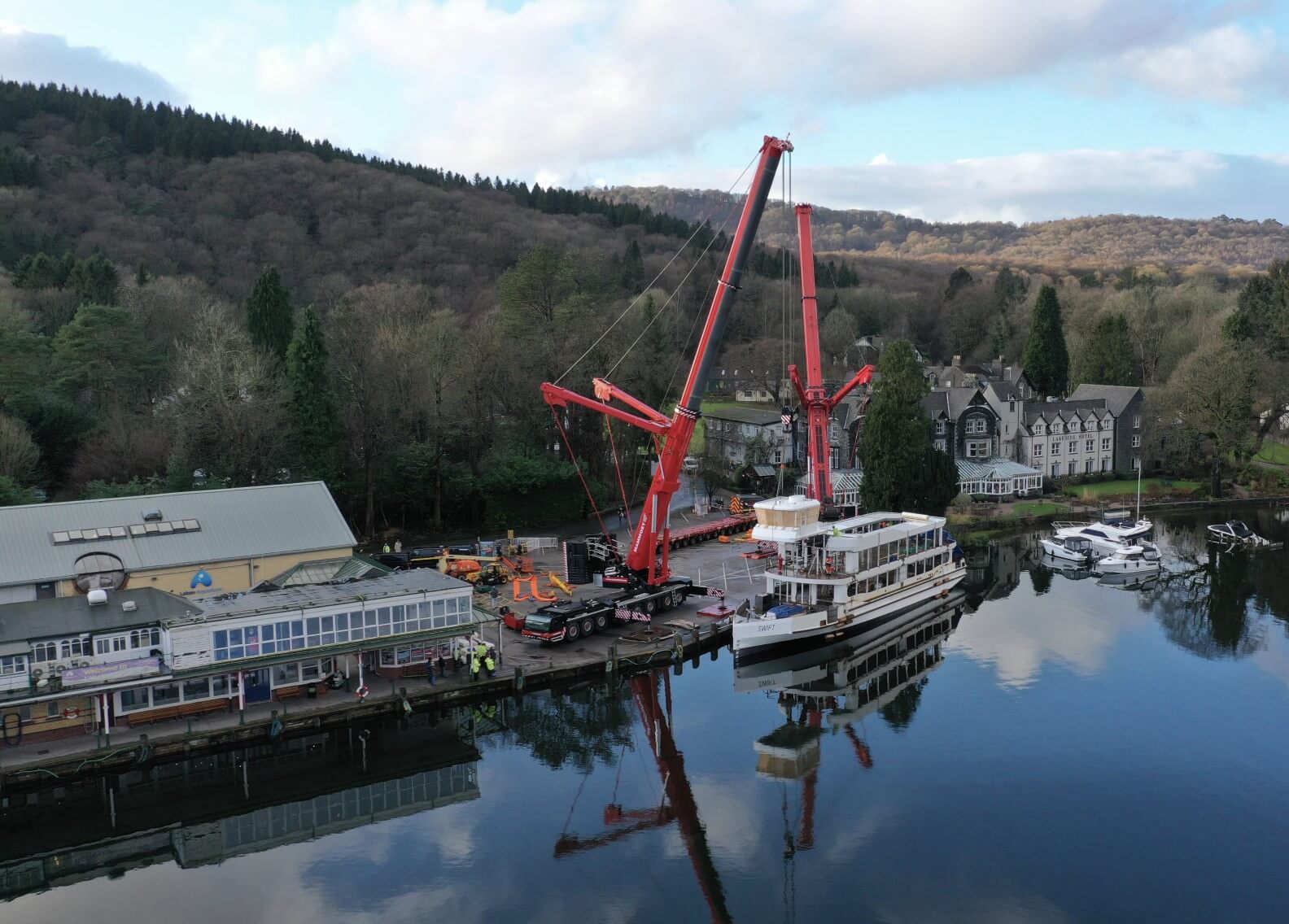 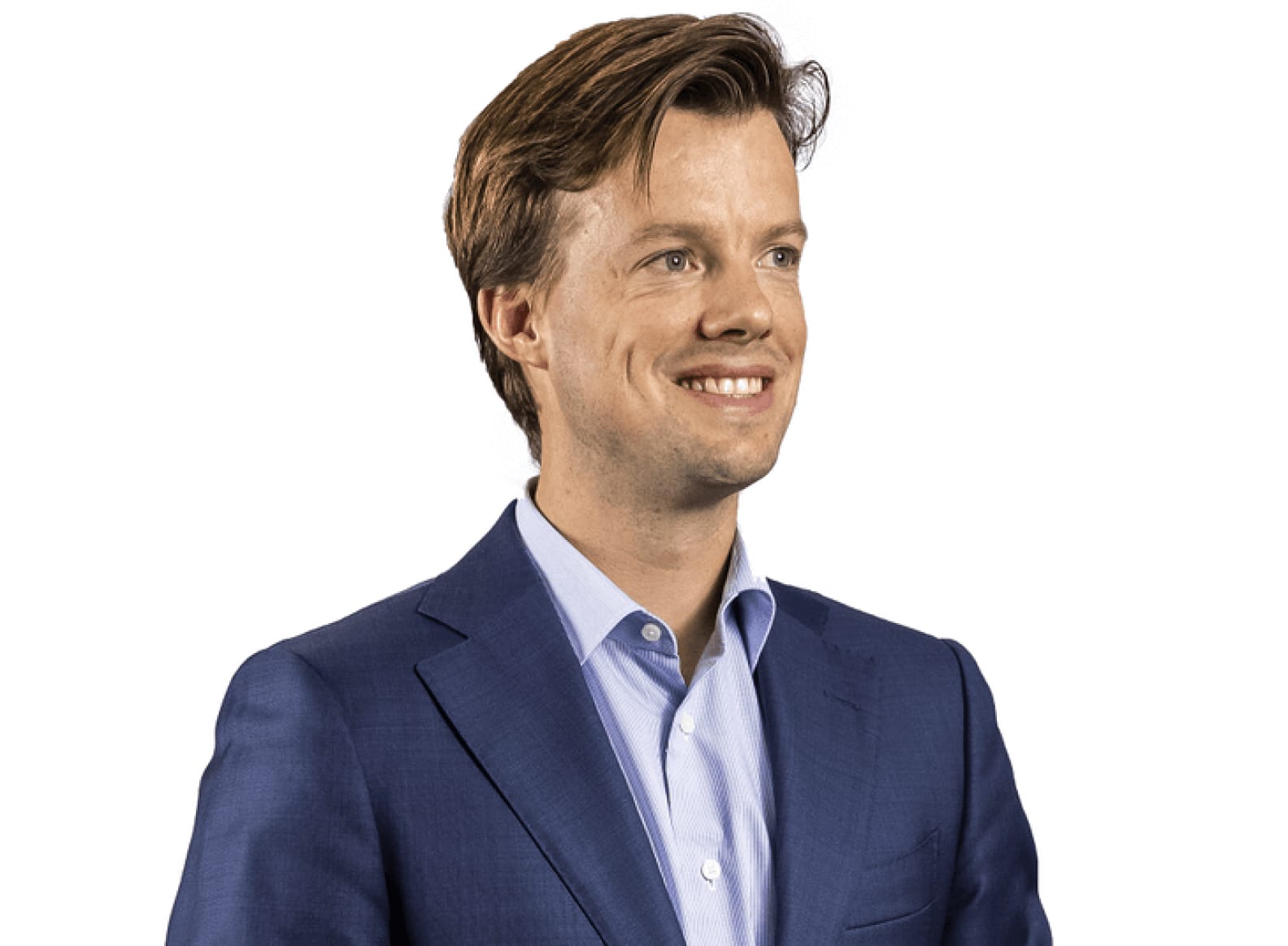 I think many colleagues would tell you, it’s difficult to pick one favourite Damen vessel. There are so many different models and many of them become special because of the experiences you have with them. If you push me to pick one – at least at this moment – it would be the FCS 2710.

I’ve a number of reasons for this. Foremost, the vessel serves the offshore renewables industry. This sector, already so important, is going to be critical for the future. I think it’s great that we, as the maritime industry and as Damen, are able to support an industry that is revolutionising production of clean, sustainable energy.

The FCS 2710 is just one of our offerings to this market. Our portfolio affirms our abilities as a team to serve offshore renewables with everything from naval architecture to ship maintenance. The FCS 2710 is an example of the success of standardised shipbuilding. The vessel succeeds the FCS 2610 – which itself enjoyed outstanding success in the offshore wind market – demonstrating the evolution of the product alongside the market.

The development of the FCS 2710 has been driven by Damen’s values as a family company. Our focus is not just on the here and now, it’s on the next generation. That means having a successful business formula for the long-term. And that means offering safe, reliable products, digitally connected for maximal efficiency. It means building a sustainable world for tomorrow. The FCS 2710 embodies that future-focus – especially as we are working towards the introduction of a hybrid propulsion model. 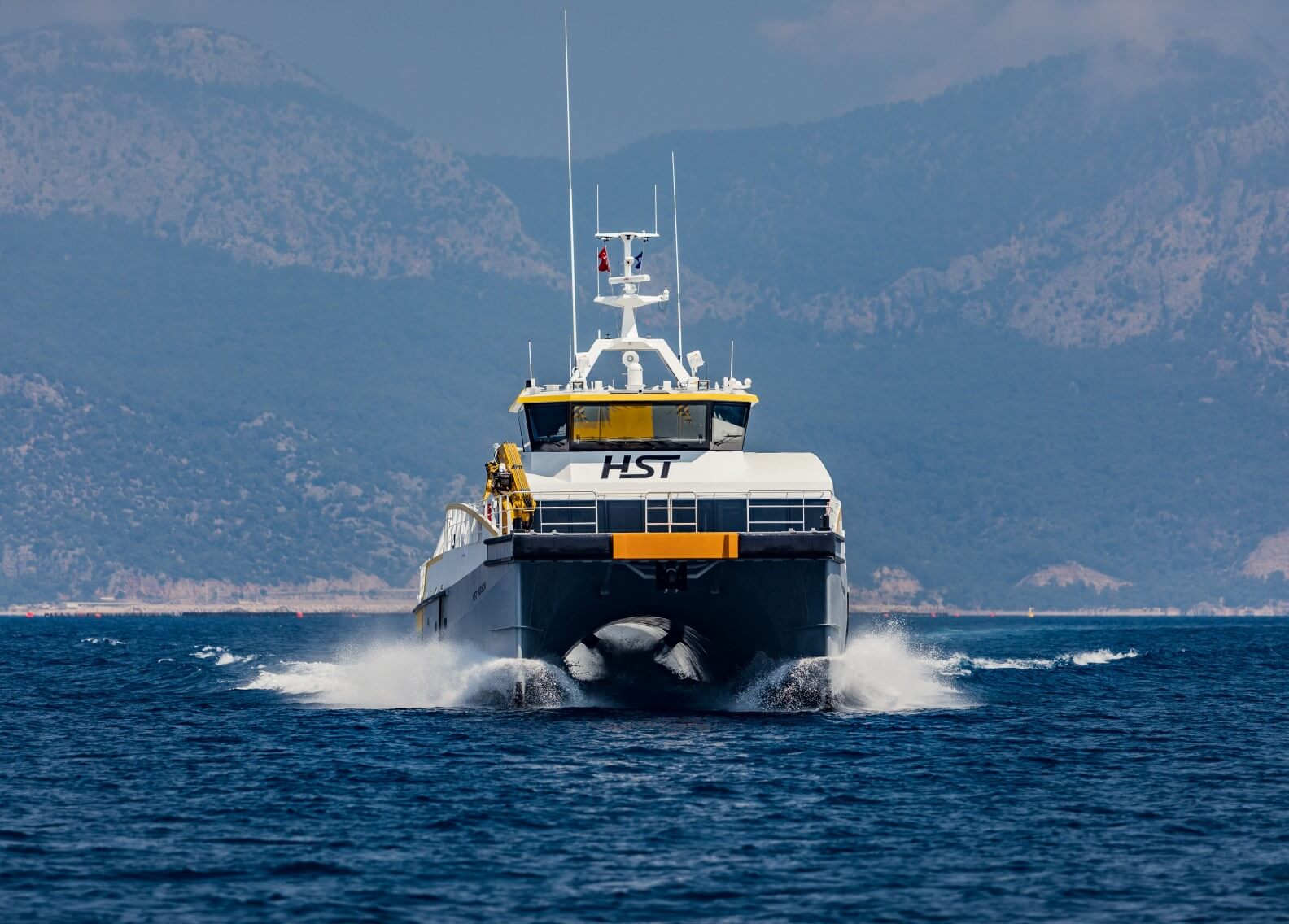 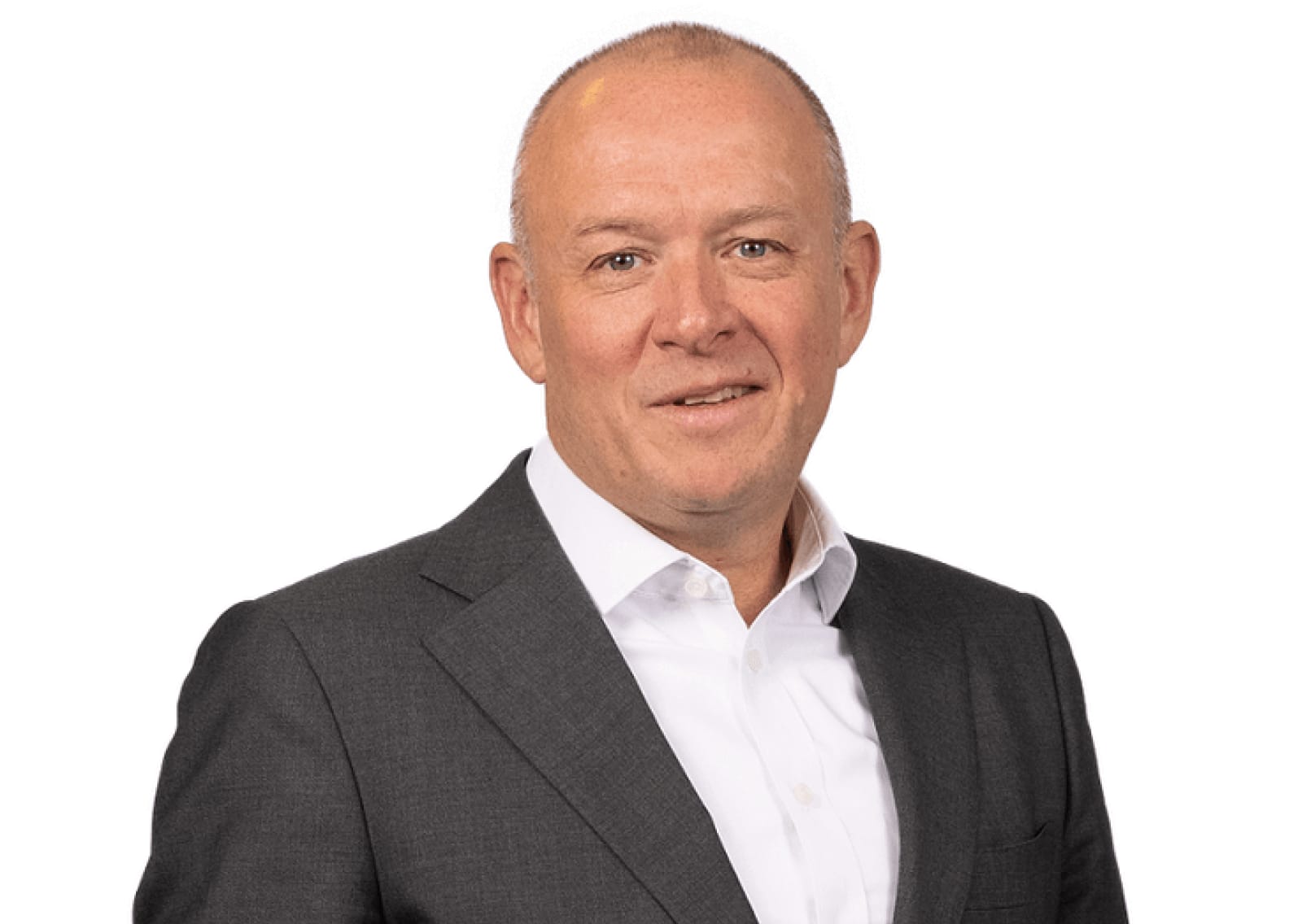 My actual favourite vessels are standardised boats that we build in series. This has always been the strength of our company. Vessels like the ASD Tugs; modern vessels that apply the lessons learned over years of series production and are both innovative and proven. And the SIGMA frigates, modular ships that enable us to build anywhere in the world at a location of our clients’ choosing.

That said, it’s been a privilege to be involved in the Antarctic Supply & Research Vessel (ASRV), the RSV Nuyina that we are building for Australia. This is a ship that has brought Damen to a new era.

The technical complexity of this vessel can be compared to that of a submarine. The amount of systems and capabilities is extreme. It has thousands of technical requirements – some of which are worlds apart. At one moment the ship needs to be cutting through thick ice at speed, the next it needs to be performing in extreme silence.

These extremes result from the dual profile of the ship; it is on one hand a supply vessel for transporting people and cargo, and on the other, a research vessel performing scientific investigation in one of the planet’s most sensitive environments. The result is two ships in one. A space rocket one minute and a dumper truck the next.

The ASRV is a true team effort. KNUD E. HANSEN and Damen Naval provided the design, Marine Engineering Galati (MEGA) the engineering, Damen Gorinchem the commercial activity and the ship has been built at Damen Galati. An achievement for the entire group. And one that shows what we can do in terms of meeting requirements of clients in governmental and semi-governmental organisations. I’m proud of what Damen has achieved with the ASRV. 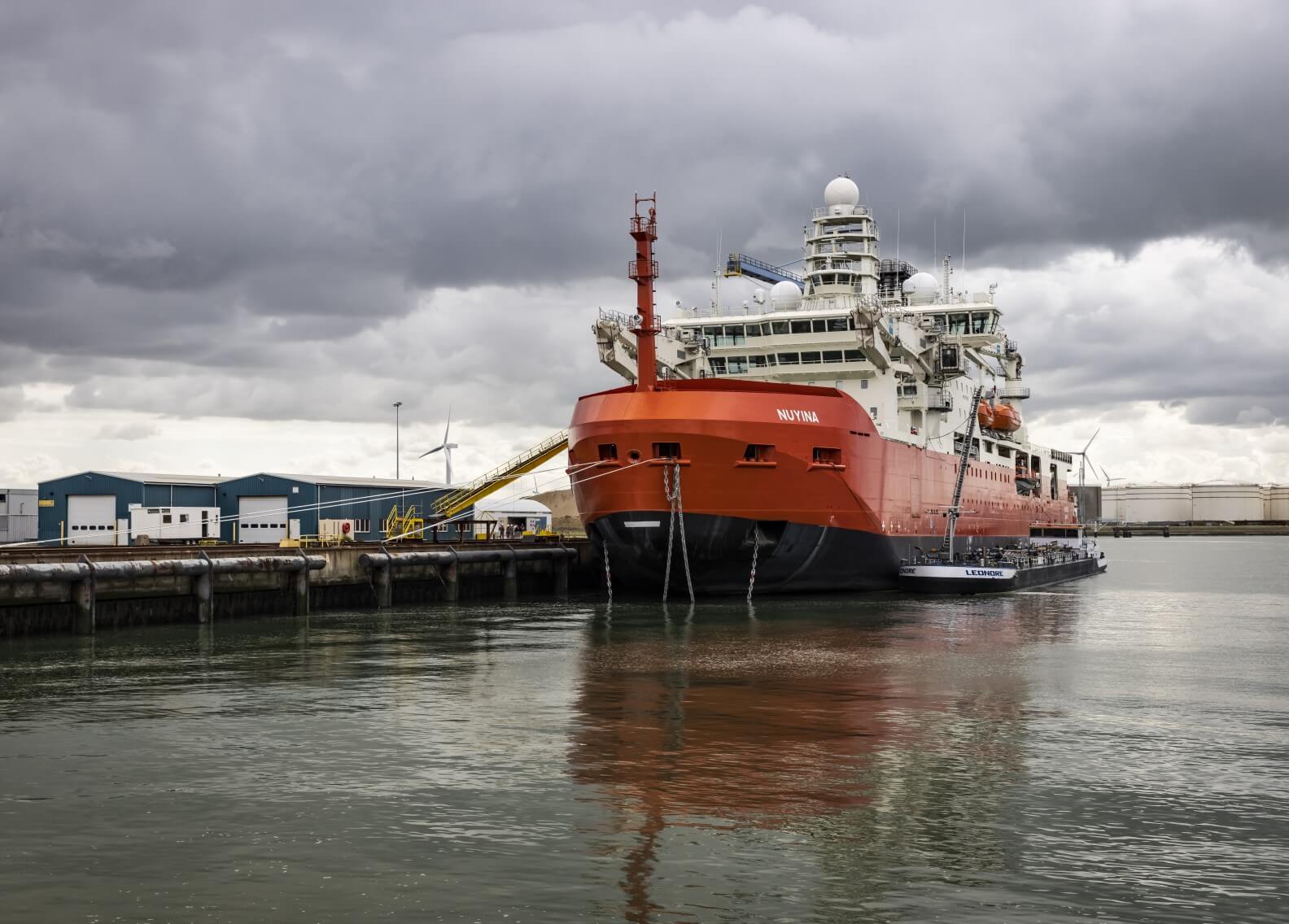 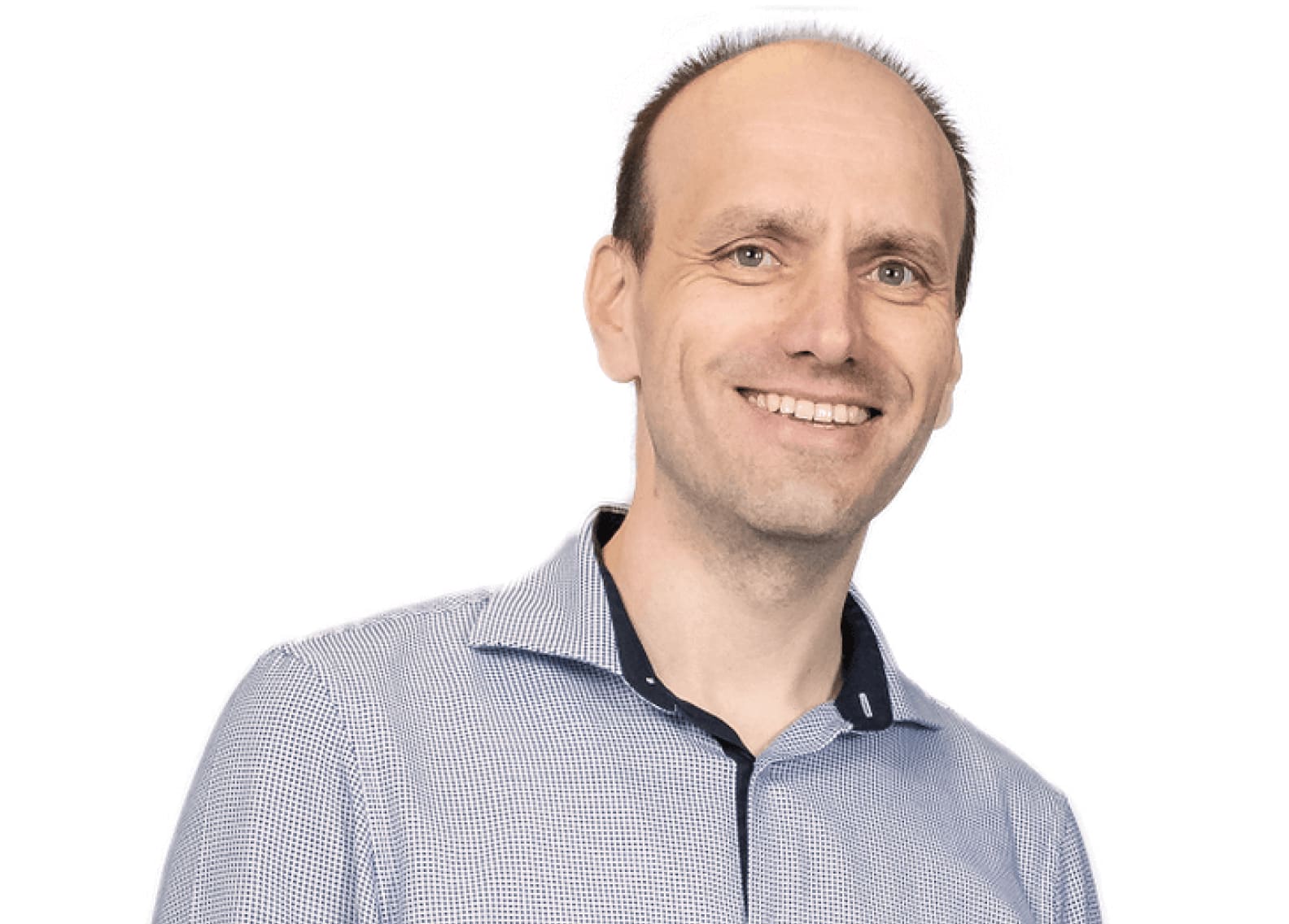 I’ve worked on a lot of special vessels, any one of which could be considered a favourite. A recent example would be Herman Senior’s Shoalbuster 3514 Brutus.

As a Shoalbuster she’s a Damen series vessel, but Brutus is different. That’s what we do at Damen Hardinxveld. If you look at the boats we build, the components come from the same suppliers, we work with the same classification society. We do as much as possible in a standardised way, but the result is unique.

What makes this boat really special is the way we worked with the client in her development. Herman Senior are, like Damen, a family company. They come here and we talk about what they want, face-to-face. They know exactly what they are looking for and we work together to get the right result. Typically this entails the evolution of the vessel right up to the point of construction.

Herman Senior are planning to use Brutus in the offshore wind industry, so sustainability is very important – this vessel has very low emissions and is IMO Tier III compliant.

Working offshore, Brutus needs to be able to keep position – she’s the first Shoalbuster with Dynamic Positioning. Thanks to the Shoalbuster’s shallow water capability, Brutus is well suited to offshore work. She’s versatile though, she can work in other sectors if required. Another nice feature of this project is that Brutus is a boat built in the Netherlands, for a Dutch company, sailing under a Dutch flag.